The History of Globe Theater 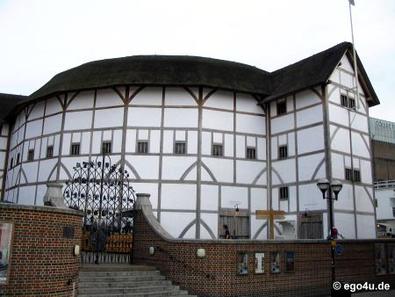 Before the “The Globe” theater was built, there was a precursor called “Theatre.” It was built in 1576 at Shoreditch, London and was owned by James Burbage. With a 21 year lease, Burbage got permission to build the playhouse “Theatre” that enabled actors to perform in a permanent location instead of in the street, an inn, or a noblemen’s house. However after the 21 year lease had expired, the ground owner Giles Allen rejected further theatrical productions. The Chamberlain’s men did not agree on increasing the lease price so they moved from the Theatre.


In 1599 The Acting Troupe disassembled timbers from the Theatre and transported to Bankside in Southwark to build a new theater. This new theater was called "The Globe." After the new theater was built, it was revered by the people for its superb construction.  It was unlike anything that had ever been built before.[1]

The Globe Theater succeeded due to its great plays, performances, and actors. However the tragedy began in 1600s. On June 29th, 1613, a cannon fired during the performance of Henry VIII ignited theater’s roof. The fire destroyed the theater and eventually it shut down. Then the theater was rebuilt in a year on the other side of Thames River replacing straw roof to tiles realizing the mistake of the previous roof. In 1642, the theater was not able to open again because the Puritans who were in political power at the time prohibited performances in all playhouses. Then in 1644 the theater was closed.  A house was built where the theater once stood. Finally in 1996, the "Globe Theater" was rebuilt on the same place as the original theater was built renaming as “Shakespeare’s Globe.” Nowadays,  "Shakespeare’s Globe" attracts many people from all over the world with its wonderful structure and plays. [2]