Current events happening in the world that mimic Shakespeare!

The Assassination of a Leader (Part I)

What led to the assassination of such a grand political and spiritual leader like Gandhi? Did his ways of approaching the everyday issues not satisfying his own people? What did he do wrong to deserve being assassinated? On Jan. 30, 1948, as Gandhi entered the prayer meeting, a Hindu Nationalist by the name of Nathuram Godse fired three close-ranged shots at this prominent leader [1]. The wounds were so severe, Gandhi passed away. Gandhi was well known among his people for his movement for independence from British rule. Gandhi's methods were that of peaceful protests and civil-disobedience. The New York Times expresses,

“The loss of Mr. Gandhi brings this country of 300,000,000 abruptly to a crossroads. Mingled with the sadness in this capital tonight was an undercurrent of fear and uncertainty, for now the strongest influence for peace in India that this generation has known is gone.”
"His death left all India stunned and bewildered as to the direction that this newly independent nation would take without its ‘Mahatma’ (Great Teacher)" [1]

Eventually, the British decided to grant India its independance, and so, they split India into two; India and Pakistan. This partition however, was nothing for Gandhi to smile upon, since it went against his belief for unity and peace regardless of race, color, or gender. In light of this, Hindu extremists strongly believed that Gandhi's pleas for non-violence were all "part of a plot to allow Hindus to be slaughtered by Muslims". The New York Times' Obituary of Gandhi explains,

“As was perhaps inevitable in the case of one who was the center of violent controversies for more than half a century, there were others who had very different views about the Indian leader, even contending that he was no better than a scheming demagogue. But, whatever view history may eventually take, there can be no contradiction of the statement that the emaciated little man in shawl and loin cloth made himself the living symbol of India in the minds of most Americans.” [1]

The Assassination of a Leader (Part II) 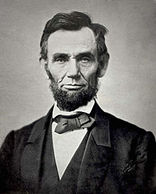 Abraham Lincoln, the 16th president of the United States of America, was assassinated by John Wilkes Booth on a Friday night, April 14, of the year 1865 while watching the play, "Our American Cousin" at Ford's Theatre [2]. Lincoln was known as the Union's dear leader; Lincoln had to face one of the worst problems a leader could ever face: civil war. Despite Lincoln's calls for unification, the confederacy always seemed to oppose Lincoln's every decision. One of these decisions was that of abolishing slavery, or at least, to make African Americans part of the low class status. The Confederates would not agree to such a decision, and so, decided to invest their time, money, and efforts into assassinating Abraham Lincoln. [2]

Despite the existence of countless of theories that surround the event of Lincoln's death, of how John Wilkes Booth was able to gain entrance to Lincoln's private box, or of why the assassination was executed, there stands tall one extremely tough theory to debunk. The Confederate Grand Conspiracy theory. This theory states that Lincoln's murderer was actually a secret agent of the Confederate States of America, working in unison with members of a Confederate clandestine apparatus. The reason behind this whole chaos, was because of the opposition's disagreement with Lincoln's leadership and of the decisions he attempted to make to bring the United States of America closer to, "Freedom, liberty and Justice for all". And due to the extensive evidence compiled behind this theory, and because this page was not created for the purpose of proving this theory correct, the evidence will not be discussed here [2]. (However, evidence may be found in the link provided in the works cited page.)

So, one might wonder, what is the connection between the assassinations of Gandhi, Abraham Lincoln, and Shakespeare? Well, if we zoom into one of Shakespeare's plays, namely, Macbeth, we encounter a similar event occurring: the assassination of a leader. And so, the theme is this: Leaders all over the world encounter danger from many people, and for many reasons. Among the reasons why leaders get assassinated is because of the way they rule, or because the killer wants to get his hands on the throne, money or any other mundane benefit. Gandhi was assassinated because of what he preached. Lincoln was assassinated for the ideas he attempted to materialize into reality. King Duncan, in Macbeth, was assassinated because Macbeth desired the throne and all the benefits that came along with that. No matter what they preach, or of how much good they truly desire, leaders are doomed to always have enemies.