What will a man do to remain in power? 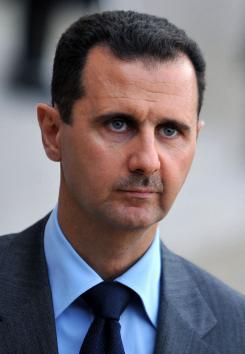 Ever since March 15, 2011 oppositions in Syria have attempted to overthrow Al-Assad, currently the absolute ruler in Syria. Assad has no willingness to renounce to his power so what is he willing to do to remain in power?

“After taking office, Mr. Assad sought to present himself as a youthful and forward-looking leader in a region full of aging autocrats, a man who might yet reform the repressive police state he inherited from his father, given time and opportunity. But since protests broke out against his regime in March 2011, inspired by the Arab Spring revolts across the region, he has used force to seek to crush the unrest, killing more than 40,000 people.”  -New York Times (3)

A man willing to kill 40,000 plus lives just to remain in power is willing to do more. People around the world value actions; certainly, mass murder is sufficient action to place eyes on a man, but what drags a man to act this way? Wealth is a big factor in all of this; Syria currently stands with a $64 billion GDP… For any leader, a fact like this on their side would suffice to justify their remaining in power.  But what about pride? A man who has inherited a nation is not going to easily give up what he supposedly possesses. Take for instance a home, a place you’ve worked so hard to make it come into existence, something like this, won’t be given up easily.

Power drives people insane and eventually weeds out the true intentions and the individuals true “colors” from their hypocritical actions. Interest is a colloquially known faulty since it incites ambition, this ambition is then placed in a category of how weak or great it is, depending on where it stands on a scale the person may act. In other words, it all starts with a simple look, a look which breeds a thought, a thought which instigates an idea, an idea which actuates will, and will which culminates in action. This is the basis for everyday actions, be they good or bad. For Instance in Macbeth, Macbeth is slowly revealed by Shakespeare as he shares his “true side,”

“The Prince of Cumberland! That is a step on which I must fall down, or else o'erleap, for in my way it lies. Stars, hide your fires; Let not light see my black and deep desires. The eye winks at the hand; yet let that be which the eye fears, when it is done, to see.” (1.4.4) - Macbeth (1)

From Macbeth’s perspective, it is made evident that killing is, in theory, good. But for what purpose is killing justified in the sight of Macbeth? Ambition. He then sets back as he says, “The eye winks at the hand; yet let that be which eye fears, when it is done, to see.”  Macbeth slowly realizes what ambition is dragging him into his true “dark side”; but as the play continues to evolve, his ambition begins to take over and he is ultimately beginning to get controlled by it.  Assad, as well, is driven by his ambition, he is clearly blinded and ignores what consequences there might be due to his actions. He constantly threatens by saying that the consequences of invading him can be “more than the world can afford.”

Assad, like Macbeth, reveals an identity of the “dark side” of a person.

“I have no spur to prick the sides of my intent, but only vaulting ambition, which o'erleaps itself and falls on the other. (1.7.1)” – Macbeth

By carefully analyzing the text, we notice how Macbeth is driven by, as said before, ambition. His actions are all blamed on his true desires to withhold power. Could it be that Assad has this trait within him as well?

As most of us know, Lady Macbeth plays an active role in the play Macbeth. Her constant manipulation over Macbeth to kill by making him believe he should be in power creates a unique character that can be categorized as: “the true cook of the play.” And a question you might ask yourself as you analyze this character might be… “Does there truly exist a woman that can manipulate a man in order to act in a faulty manner?” And the answer is yes.

In 2008 when Alvaro Colom was elected president of Guatemala, his wife Sandra Torres became a well known woman around the country. Her unprecedented popularity growth cause concerns amongst the rich for she was considered the “Godfather” of the poor. As time passed, Sandra was appointed to being the president of the political party Union Nacional de la Esperanza (UNE).  Colom soon devoted time to place - his soon to be ex-wife - into the political “world".(5) Most of the people noticed Sandra’s true intentions even the Constitutional court which commenced a constitution revision to see if Sandra could run as a presidential candidate. (4) But as soon as Sandra was aware Alvaro Colom and Sandra filed a divorce agreement that would supposedly grant her the opportunity to run as president. People began to become very suspicious and thought of Colom as a “weak leader” since he was letting himself be controlled by Sandra.

We’ve seen how Sandra has controlled Alvaro Colom with her constant whims. Like Lady Macbeth, Sandra a is a clear living example of what a woman who predominates a man in all aspects. Lady Macbeth would constantly utter words to Macbeth so he would kill and go against even his own believes, the consequences of her actions created a “monster.” Also she would take action herself and light Macbeth’s path to “success.”


MacSimpsons: A Play of a Play

Not so long ago in season 20 of the Simpsons, Macbeth was echoed making a mock of the Tradegy. The Simpsons carefully intertwine the play with the episode by putting a play into a play, in other words we don't actually see the entire Macbeth play. What we do see is how thirst for power causes various tradegies to occur. The episode's purpose isn't only for a "re-make" of the Macbeth tradegy so I cut the entire episode so we could only watch that one part. As you watch isolate and analyze who Macbeth and Lady Macbeth are.

It has now been years since Shakespeare departed from this world and many of his grandiose creations were left behind. Macbeth, Romeo and Juliet, The Winter Tale, Hamlet, Henry V, and The Tempest are just few of his abundant arsenal of titles that have inspired thousands of neophytes.  His departure is clearly a misfortune to art in its zenith. Nevertheless, new, young, and adamant artists are surging from the dark seeking recognition and acceptance among “the superior race.” Eminem for example might be considered the “MODERN DAY SHAKESPEARE” or so says BBC World News that.

“Now Eminem is being feted as something approaching a modern-day Shakespeare, his every word pored over for the supposed clues they give to middle America's true state of mind.”

Eminem as well has inspired thousands of neophytes. At first, he was considered nation’s “anti-hero” but then his posthaste increasing reputation has caused acceptance within the parents.

“A few months ago he was the nation's anti-hero, reviled and feared by parents throughout the land for the foul language and brutal imagery of his lyrics. Now Eminem is being feted as something approaching a modern-day Shakespeare, his every word pored over for the supposed clues they give to middle America's true state of mind.” –BBC World News (2) 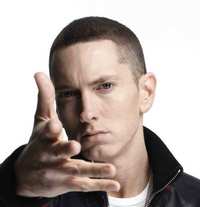